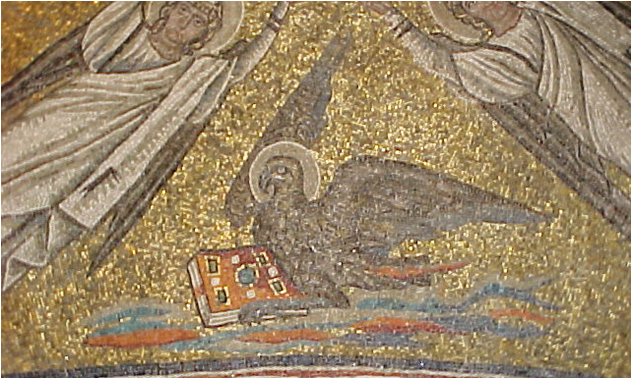 Why are there 21 chapters? Might it have something to do with 7 times 3? Seven being the days of the week which come from the seven spheres of the esoteric geo-centric solar system (moon, mars, mercury, jupiter, venus, saturn, and sun). And three is the number of the Trinity. Three-ness is reflected in the three great heavenly hierarchies within which there are three sub-hierarchies (seraphim, cherubim, thrones; kyriotetes, dynamis, exusiai/elohim; archai, arch-angeloi, angeloi). Nine hierarchies from 3 times 3. Thus, 21 chapters to reflect 7 times 3 makes sense.

But like all esoteric works, there is much more here to this layout.

The middle number of 21 is 11. What is in chapter 11? The Raising of Lazarus. Since this gospel was written by one who was able to witness what was written, it begs the question was this gospel written by Lazarus? What kind of death did he suffer? Read again what the high priest prophesied after this event. What historically and traditionally took place within the Holy of the Holies, Initiation, had just taken place in public. Revealing secrets of the local Mystery meant death. Christ would be put to death, would become the sacrifice, but he had brought to an end the old way of initiation. And Lazarus, what happens to him? He becomes the beloved disciple and takes on the name John. There are ten chapters before and ten chapters after. Given that the first chapter is a prologue and the last one is an epilogue, then one could say that there are nine chapters for the nine hierarchies spiraling in to chapter 11 and again nine spiraling out after the Raising of Lazarus.

And even more depth to 21 chapters is found when we find that there are seven signs, seven “I am” sayings, and seven agapes. These do not line up by chapter; rather, the seven signs occur in the first 11 chapters, the seven “I am” sayings occur in the middle third, and the seven agapes appear from chapter 11 to the end, chapter 21. [Note, the word agape and expression “I am” occur in other sentences but not as a significant ‘milestone’.] Again 21 from 3 times 7.