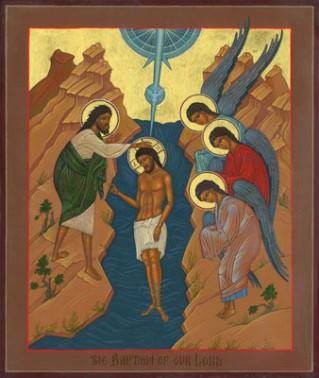 The Prologue of John’s Gospel is a pithy description of human evolution. “In the beginning (when Archai begin time) was the Logos. And the Logos was within (the bosom) of God (the Father). A god was the Logos.” The common translation here is “God was the Logos.” The Greek here lacks the definite article ton that would make this clear that THE GOD was meant. Greek does not have indefinite articles, so either version is possible. But the next phrase supports, in my mind, a god: “This same one was, in the beginning, with God.” I have come to the conclusion after years of using the Prologue each morning, that what is being said here is that OUR beginning is the Logos who is with or within (the bosom) of the Father God. An Elohim, Christ, a god, had become one with the Logos in an earlier ‘incarnation’ of our solar system, so that John could then say “A god was the Logos”.